5 Things You Don’t Know About Your Car

From the fickle to the practical, there are some things we don’t think to check before we have to, or absolutely need to. Here are some interesting facts about modern cars, and the right places to find out more. 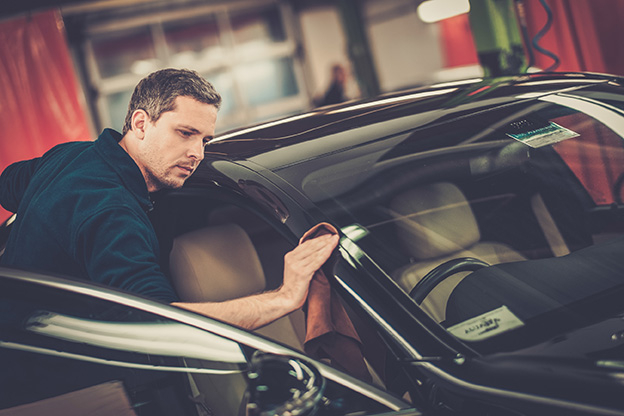 1. How much of your car is recycled material?

Car companies are making genuine steps to make their vehicles greener. The EU End-of-life Vehicle (ELV) directive states that 95% of every new car should be recyclable or recoverable.

The top-selling manufacturer this year (so-far) Ford, have talked about their recycling policies for years. In 2010, their cars were up to 85% recyclable by weight and since then they’ve continued to find new ways to incorporate recycled materials. At the moment, plastic bottles are used to make seats for the Ford Focus.

2. Where was your car first registered?

If you want to know where your car was first registered simply look at its number plate. The first two letters on the majority of car registration plates indicate which region and which specific local DVLA office registered the car.

3. How many previous owners?

Whenever you buy a second hand car you should be mindful of how many previous owners it may have had. The more owners it has the more difficult it may be to sell in future. One way to check how many owners a car has had is to use an HPI check. This will reveal a wealth of information about a car before you buy it including its ownership history.

4. Does it have an optimum fuel-saving speed?

Trying to save money on fuel is a common goal among drivers. Finding the right (legal) speed to maintain good fuel economy can vary from car to car. As a general rule you should keep in mind that over 50mph your fuel consumption increases rapidly, driving at 70mph for example can use up to 15% more fuel than driving at 50. Speeding can have an even greater impact, not only is it illegal (obviously) but driving at 80 instead of 70mph can use up to 25% more fuel.

Did you know on average we all drive less than we did in the nineties? The governments National Travel Survey revealed that in 1995 to 1997 we drove on average 3660 miles per year. In 2013 that number had dropped to 3235.

There’s obviously more to your car than meets the eye. As cars become more advanced there will be even more things we might not necessarily realise about them. Especially as we get closer to the possibility of cars driving themselves. To many car enthusiasts this sort of stuff is fascinating.

5 More Things You Might Not Know About Your Car
What To Do If You’re In Financial Difficulty
Why Choose A Logbook Loan?